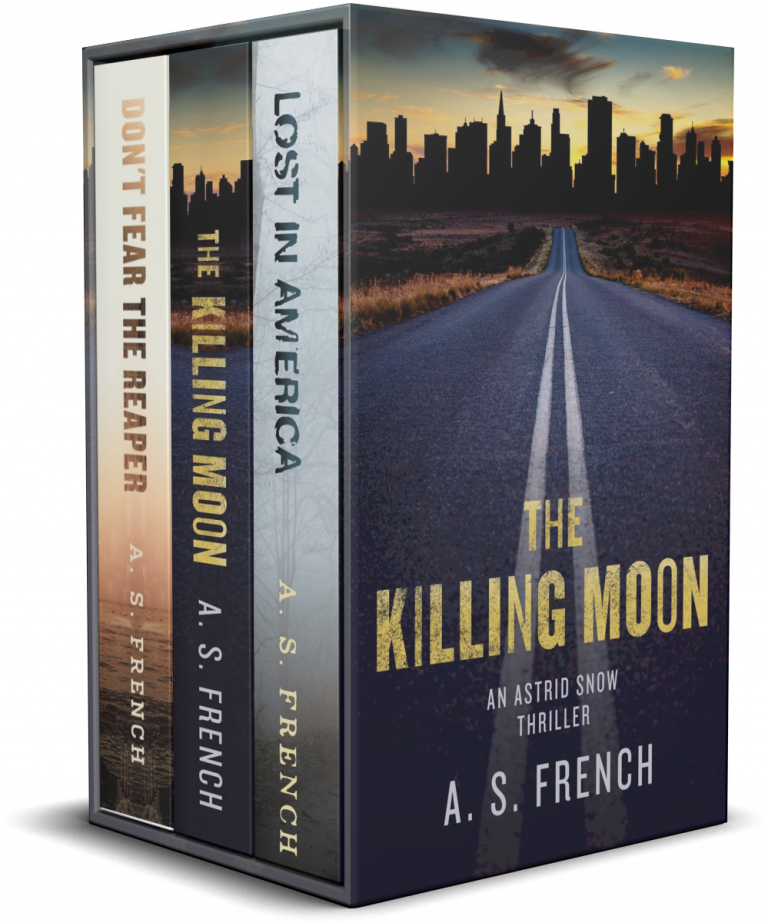 After a trip across Europe, Astrid is accused of murdering five of her colleagues from the British intelligence organisation hidden from the public.

Now her niece is in the sights of the killer. To save both their lives she has to escape from the Agency that imprisoned her and deal with the sister who has always hated her.

Astrid Snow is in America to retrieve a child from the rich father who kidnapped her.  A seemingly straightforward rescue from New York leads her into small-town USA and the disappearance of a teenager, a girl whose political activism appears to have upset several people, including the local senator.

Astrid has to reach into the dark underbelly of America to discover what happened to the girl who reminds her so much of herself while dealing with the consequences of a sister who hates her.

Astrid wakes up in an American jail accused of a triple homicide. She has little memory of the night but knows she’s not a killer – not of the innocent.

Calling in a favour from her former boss at the Agency, the British intelligence organisation hidden from the public, Astrid is released and ready to head home to England until guilt about the murders forces her to stay in the small US town.

It’s a decision she’s about to regret as the bodies pile up, and she discovers some locals are still fighting a war against the British.